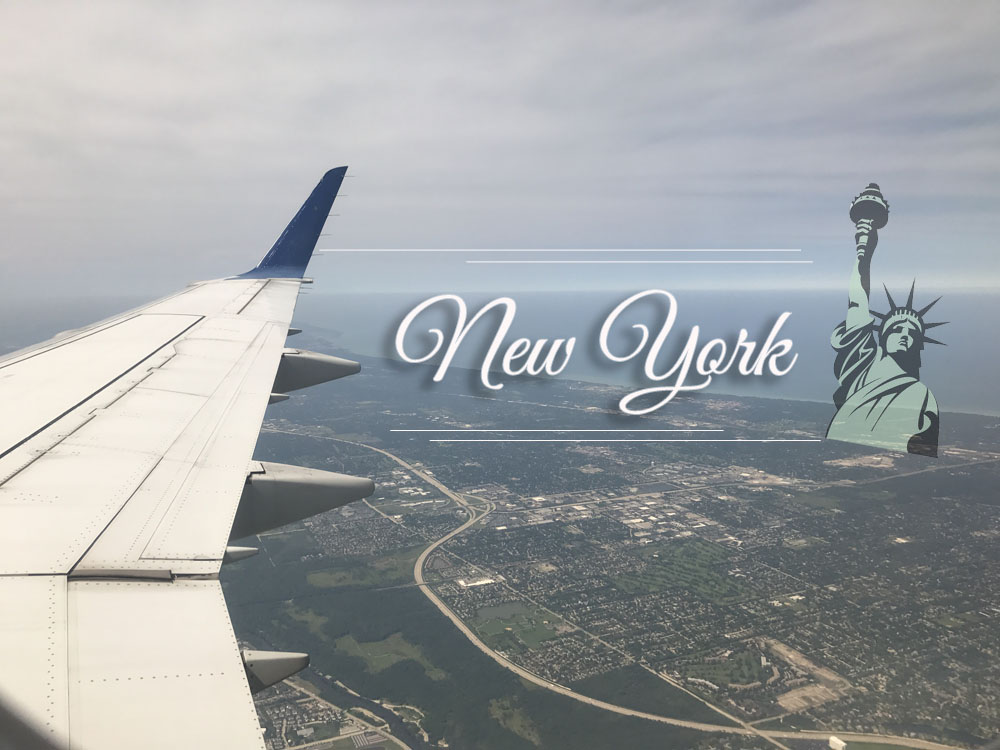 I used to hate it when people call me mababaw and overreacting. Somehow I think people think of me as an unfortunate human that’s getting some miracle privileges. Who cares? I’m paranoid anyway. LOL And I definitely would overreact, be overjoyed and fortunate to be able to visit my ‘dream destination’ – New York City.

Everybody’s talking about it. Like how beautiful and challenging life is in New York. The place where dreams come true and how great a place it is to meet almost anybody from around the world. You getting me?
I set my hopes high. I’m desperate, I admit, to get my feet on that New York subway tiles, especially if I’m just an hour and a half away from it! I know I’ll regret it if I let the chance pass by so I grabbed it and make it work for me!
When I say make it work for me, I mean the budget. This trip was announced 2 months prior and I obviously don’t have any money for it. (Don’t ask me about savings) With the little money that I ‘miraculously‘ have, I plotted my itinerary with budget in mind, but not so much that I’ll end up in the streets. So after I have confirmed my seat on the plane, I booked the rest and locked it in – Kasado na, go-gora na! All I gotta do is wait for that Friday and fly to New York.
Excitement Level: 1 (1 – lowest, 5 – highest)
As I posted in this blog, the night before I go to New York was a fun-filled night out with my friends. It was so busy that I didn’t get enough sleep for my morning flight. I was a little nervous to be travelling solo to a foreign country. Who doesn’t? I have friends while I was in Chicago so I’m kind of secured, but on this Friday, I’ll be on my own.

My morning started early. Grabbed some coffee and took the shuttle to the airport. I still have my colleague with me. It so happen that I booked my flight on the same hour as his, though we’re going on different ways. (I know medyo takot ako mag-isa, LOL) Then in just a few minutes I boarded a very small plane. (can I call it tiny? Ok no.) I realized how heavy my luggage was since I need to have some macho man to place it in the overhead bin. In just 2.5 hours or less, I’ll reach my destination.
I need to mention this girl next to me, who was very friendly. Thank you for inviting me to join you in watching Big Bang Theory. I didn’t accept since I haven’t watched it and I won’t be able to relate anyway, but still, thanks. Now I put that series on my to-watch list.
Excitement Level: 2
It was sunny but windy in Chicago so I always wear a jacket, but when I came to New York it felt like I need to get naked. It’s SOOO HOT. Anyway I should’ve expected that since it’s summer, but it felt like I’m in the Philippines or much worse! So when I boarded my UBER I immediately took my denim jacket off. Also, thanks to airport WIFI, I was able to book an UBER. When I get there I was clueless as to how I can reach my Airbnb. So I just booked and used a credit card. Guess I need to cry when I learned that my bill is worth Php 1000. It’s UBER Pool mind you. Yeah, give me tissue please. T_T 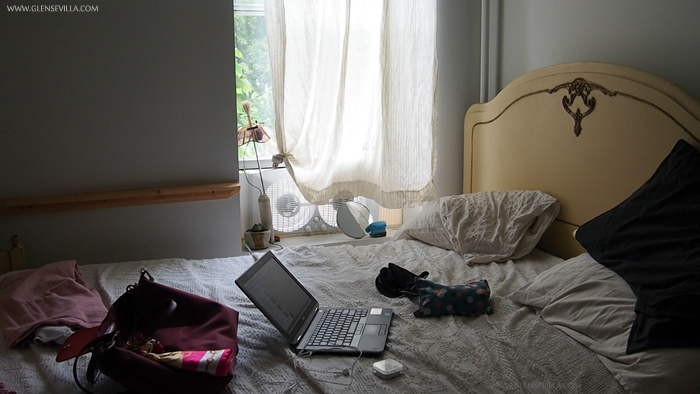 Coming from La Guardia Airport was not a very scenic travel. We passed by factories or so and then the Brooklyn neighborhood. It took us an hour. I was happy to see those brick  houses, even happier to be staying at one. I was welcomed by the owner when I knocked on the door. Waiting inside was my humble and homey room, plus a cat – and a clingy one. Everything was fine until the owner told me I won’t be having an electric fan since he’s still fixing it. I was feeling roasted by the heat but I said to myself “calm down. Take a rest and go out, it’s still early anyway”.
Excitement Level: 3 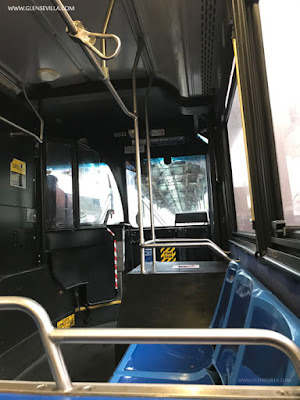 Around 1PM I went out to visit MoMA (Museum of Modern Arts) and take their free Fridays. Though I need to be there by 4PM, I still went out early since I’ll be figuring out my way to Manhattan. I boarded the free shuttle bus going to Myrtle-Wickoff Avs, kept myself from looking at my phone (so that I look like a local) and that’s how things began to scramble up.

The Start of the Stress

I didn’t know that station (Knickerbocker Av M) which supposed to bring me to Manhattan in no time, was closed due to construction. So I took the bus going to Myrtle Avenue which again to my surprise, was also closed. So I felt like I was abandoned. I don’t know where to go, and this sim card which was supposed to help me WAS NOT WORKING! Damn, I should’ve bought my sim card in New York.

“I don’t know the problem with networks, but it’s better if you buy your sim where you’ll be using it.”

To cut the story short I walk for hours trying to find a bus or another train station where I can board. It was freaking hot and I drank a couple of cold drinks to soothe me up. Thankfully, a man showed me the bus that will go back to Myrtle-Wickoff Avs (L) Station. I felt lucky but still dumb to for not stepping out at the right time. Ok, to be honest, I didn’t know the bus will not bring passengers on the exact location – because it turned. HAHA So instead of going there I landed on Dekalb Av (L) Station instead. 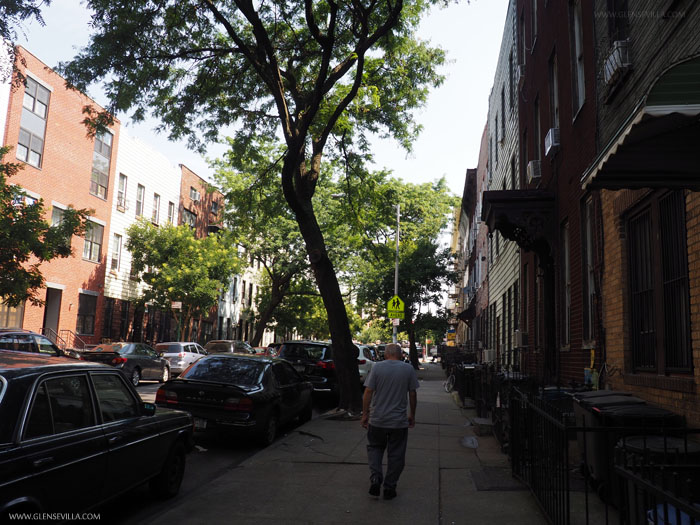 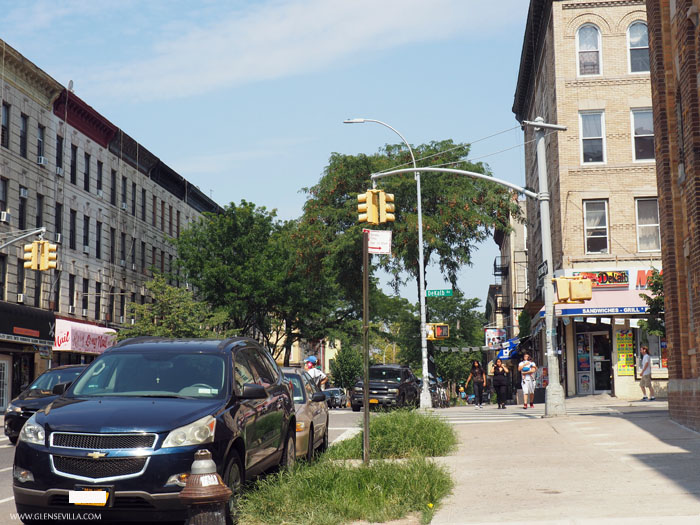 Excitement Level: 1
Another thing which made me realized I was really hungry, was when I couldn’t see the train station. I keep looking for the tracks in the sky but it was an underground one. HAHAHA So when I boarded the train I was losing my breath, but I’m still happy that FINALLY, I’m on the right track. Whew!
The next challenges are finding my way to transfer on another line and locating myself accurately on my offline maps. It wasn’t easy. At one point I felt like I’ll collapse because of hunger but my focus was finding MoMA and eat somewhere there.
Because of this stressful day I lost the excitement of being in Manhattan. It was so busy and kind of confining with the tall buildings that I can barely breathe. People are walking here and there with a big chance of bumping into them (and getting screamed at). But it all boils down to my crying stomach. So when I found MoMA, I immediately took a bite of sandwich from the street vendor in front of it (which was overpriced by the way).
When I’m done eating my brunch I took the courage to penetrate the flock of people inside the building. I asked the front desk and they gave me the ticket. I then dropped my bag on the counter and started roaming around.
Excitement Level: 4 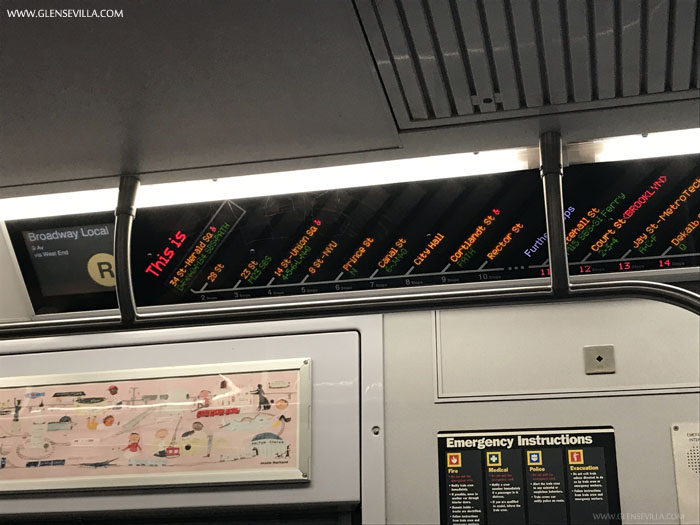 First things first, the free WiFi. Since my sim card was SO RELIABLE I had to connect to every destination I can get to. With that, I checked out my way going home and other stuff that will prevent me from losing myself. Then the rest of the day I spent at the museum.
I had to stop the story here since it’s long enough to bore everyone. I’ll post a different one for the MoMA experience. To end my day, these are words of realization to live by:
My first day in New York was not that great but it’s what makes me feel I’m in it. It’s not always sunshine and roses, but our encounter was genuine. I get to commute like a local and sun-bathe in the streets (I had to mention that). At the end of day, even though it was stressful, I get to sleep with plans and I looked forward to making this trip memorable. New York gave me the warning, “it will not be easy”, but I can make it, because I did even on my HANGER moments.
Excitement Level: 5

Note: This is a late post. This trip was last July 2017.
Tags: NewYork, NorthAmerica, UnitedStates

Seeing the Statue of Liberty for Free!